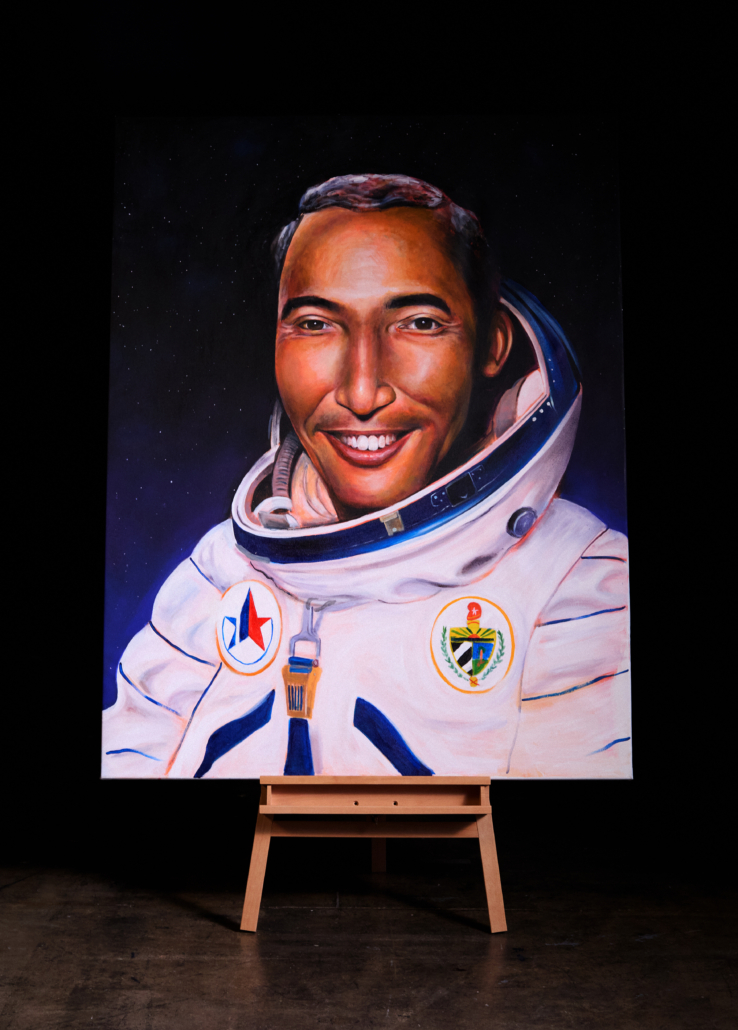 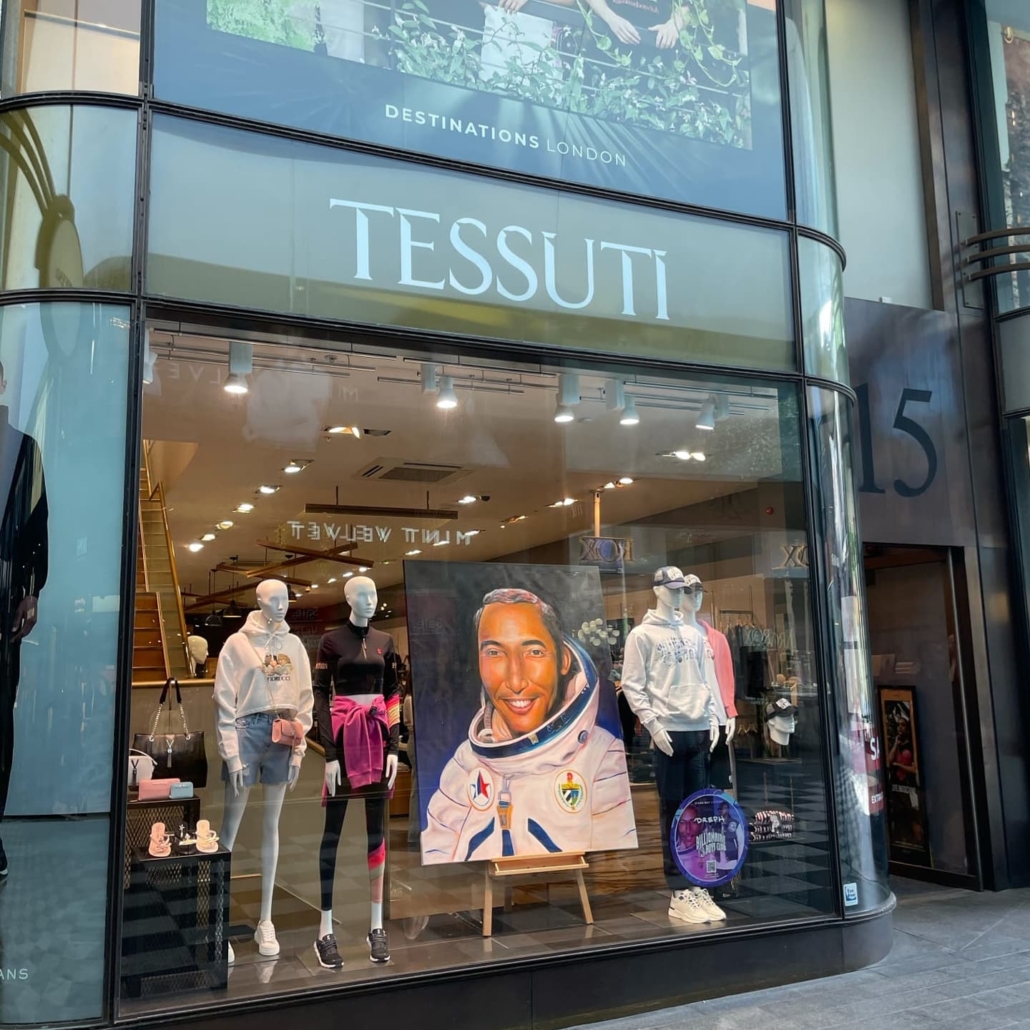 Portrait of Arnaldo Tamayo Méndez, commissioned by menswear retailer Tessuti. It was  inspired by the iconic Billionaire Boys Club astronaut logo and is part of Tessuti’s BBC summer campaign.

ArnaldoTamayo Méndez (b.1942) is a Cuban military officer, legislator, and former cosmonaut and the first person of African heritage in space. As a member of the crew of Soyuz 38, he became the first Cuban citizen, the first Latin American, and the first person from a country in the Western Hemisphere other than the United States to travel into Earths orbit.

Tamayo was selected as part of the Soviet Union’s seventh Intercosmos program in1978 and he spent  two and a half years in training for the mission. Tamayo, along with Soviet cosmonaut Yuri Romanenko, was launched into space aboard Soyuz 38 from Baikonur Cosmodrome in 1980. After docking with Salyut 6, Tamayo and Romanenko conducted experiments in an attempt to find what caused space adaptation syndrome (SAS), and perhaps even find a cure, and on the crystallisation of sucrose in microgravity, for the benefit of Cuba’s sugar industry. The SAS experiment involved wearing special adjustable shoes that placed a load on the arch of the foot for six hours a day. After 124 orbits of the Earth (lasting 7 days, 20 hours and 43 minutes), Tamayo and Romanenko landed 110 miles from Dzhezkazgan. The landing was risky, as it was at night. Upon his return to Earth he was decorated with the Hero of the Republic of Cuba medal, the first person to be so honored.