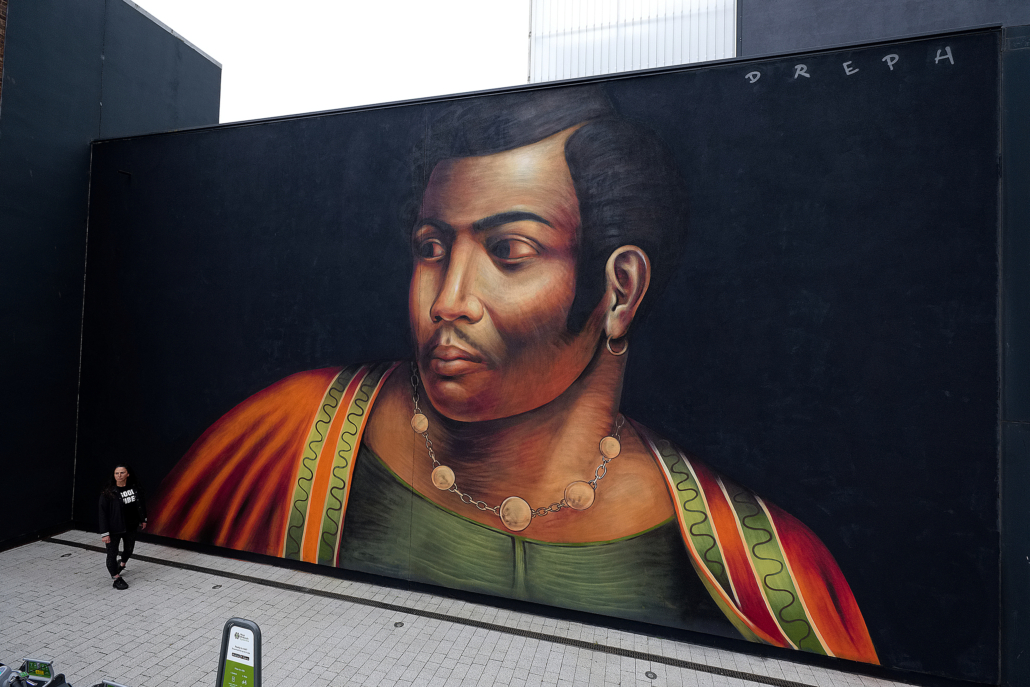 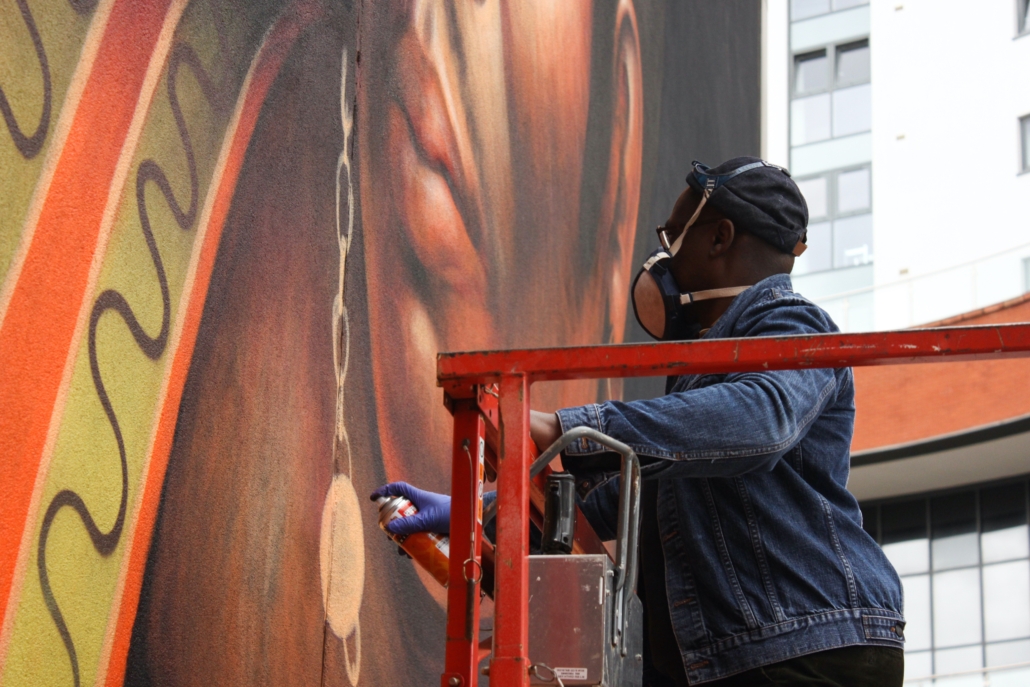 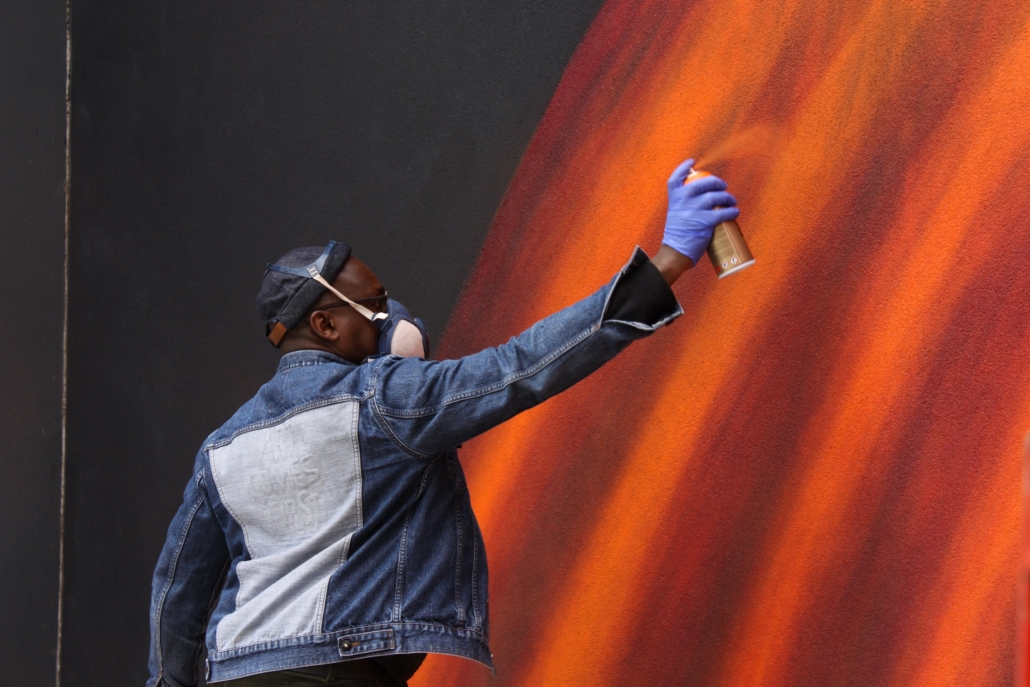 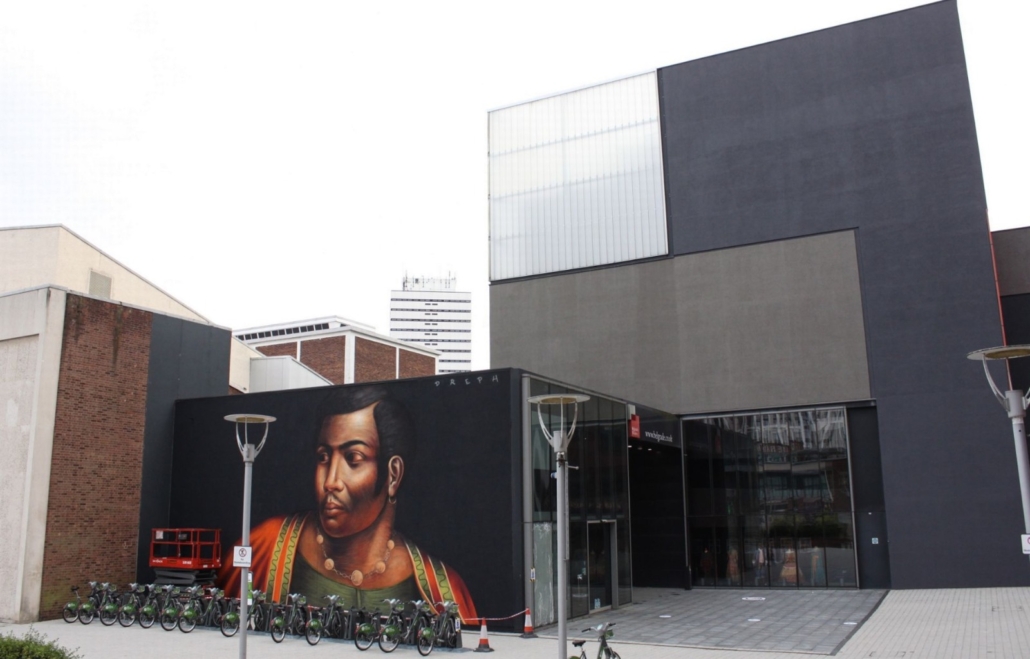 Ira Aldridge painted during the  In Paint We Trust project as part of Coventry UK City of Culture 21.

Ira Aldridge was an African-American actor who travelled to England in the 1820s, and made his name at a time when slavery was still widespread throughout the British Empire.

Aldridge began his career with the all-Black African Grove Theatre in New York City but left the United States at seventeen to seek professional opportunities across the Atlantic. When he appeared in starring roles in London in 1825, theater critics disparaged his performances in racist terms. Aldridge spent the next twenty-five years touring provincial British theaters, steadily winning acclaim for roles ranging from Shakespearean tragedy to slapstick comedy.

In 1828, Aldridge travelled to Coventry, where he made such an impression on the community that he was made manager of the Coventry Theatre, becoming the country’s first theatre manager of colour before he had even reached the age of 21.

The American actor broke down racial barriers playing principal roles, including Romeo, Hamlet, Othello and later on, King Lear. The impression he made during his time there is credited with inspiring Coventry’s petition to Parliament for the abolition of slavery.

It was an honour to make a piece of work that amplifies this fascinating story. Many of the passersby that I spoke to, did not know who he was or his connection to the city. So it was great to be able to bring awareness to his life and achievements.

Mural based on a portrait painting of Ira Aldridge as Othello, painted by Henry Perronet Briggs in 1830 and part of the National Portrait Gallery collection.

Thanks to Cara Pick at Coventry 2021, Coventry bid & Street Art Strategy for the invitation.