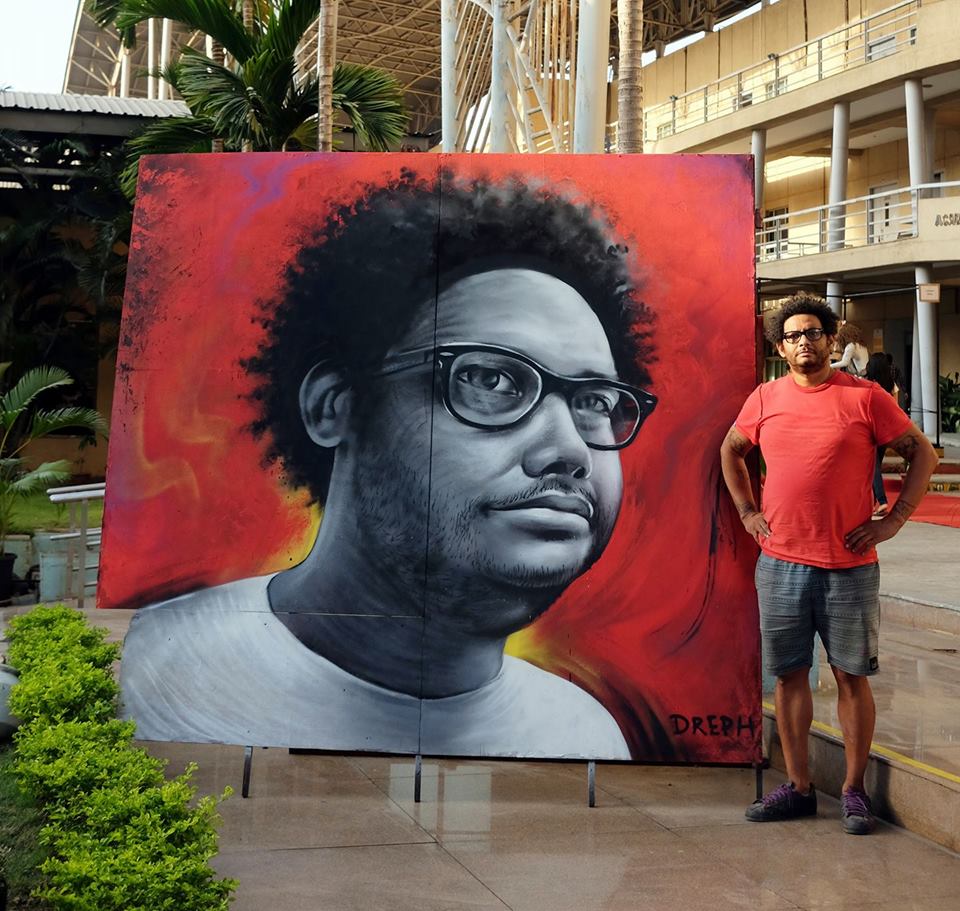 The 8th subject from my artists series is Falko of The Villainous Animators from Mitchells Plain, Cape Town, South Africa. Falko started writing in 1989 and is undoubtedly the pioneering forefather of African graffiti. Traditional New York style graffiti was a huge part of his formative years, but today he is focused on taking his herd around the world.

Falko paints strategically placed African Elephants, using these majestic creatures as a vehicle to present a diverse range of daily scenarios and broad spectrum of emotions. He invariably uses the elements of the space to inform his work. Recently he has painted in the Kalahari Desert with the Bushmen, in London last August and Mumbai where this portrait was painted at the National institute of Fashion and Technology.

Falko’s vision is to take his herd to every continent, to countries that afford him the opportunity to put the herd in unusual contexts. He is currently working on a project called OnceUponATown in which he travels to paint in remote towns in South Africa. This has included #Nkandala in the shadows of the presidents controversial home, and with the Ndebele in Mpumalanga. I’m looking forward ‘Falko’s return’ to the UK this summer