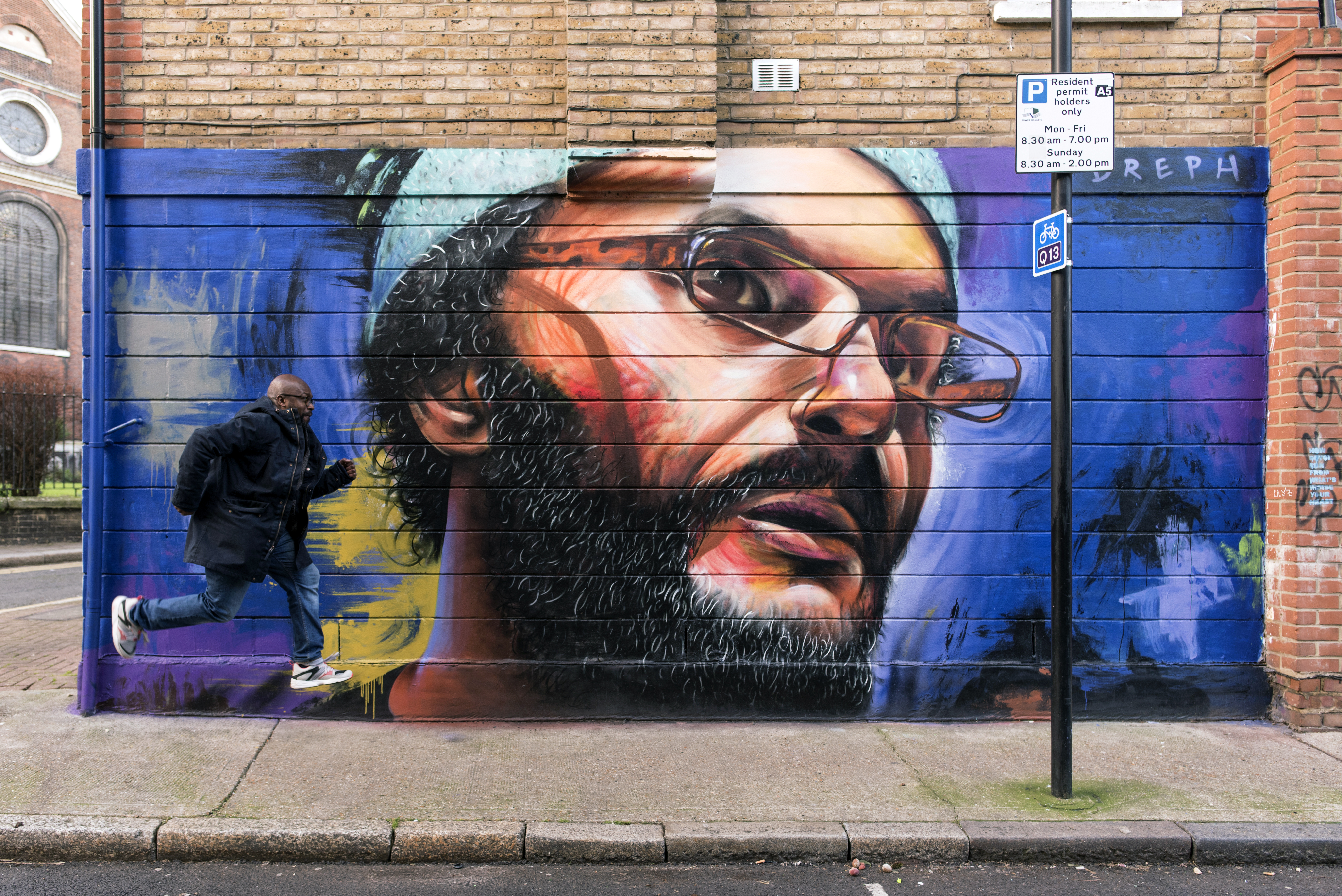 The second subject from my ‘Migration’ series is the internationally acclaimed British-Moroccan artist Hassan Hajjaj. Often referred to as the “Andy Warhol of Marrakech”, Hassan is best known for his colorful photographic portraits. His celebrated works, a vibrant fusion of tradition and pop-culture, have been exhibited at the V&A, British Museum and Somerset House.

Hassan was born in in 1961 in Larache, a harbor town in northern Morocco. His father migrated to England in the 60s, so he spent his formative years with his mother, auntie, grandma and sisters. He moved to London in 1973 aged 12 to join his father. He recalls it as being a tough time, where he was unable to speak English and was immersed in a new culture, in a time where London wasn’t as cosmopolitan as it in today.

As Hassan joined the burgeoning west London migrant community he felt very much a foreigner and many of the people he befriended were people who had had a similar journey and shared experiences of being the outsider. In this period he made allot of friends, many from the Caribbean as well as India and Pakistan, and says that they stuck together and looked after one another. He went on to run a street wear brand called R.A.P, club nights and worked as fashion stylist.

Hassan is self-taught with his work drawing from a mix of influences including London’s hip-hop and reggae scenes and his North African heritage. His interdisciplinary practice includes photography, installation, performance, fashion, filmmaking, sculpture, music, handcrafted objects and furniture. He often uses utilitarian objects from Morocco such as paint pots made into stools and cans turned into lamps. These days Hassan is based in London half the year, where he runs his shop Larache in Shoreditch, and spends the rest of his working life in Marrakech. His work is undoubtedly a result of this clash of cultures.

Larache is like an Aladdin’s cave of all things Hassan, where I am always welcomed with tea and conversations with new faces. I love that he hires local tailors and artisans to manufacture his work. If he is able to help open some doors for local artisans and the younger generation of creatives, he is happy to do so, understanding that the exchange is of mutual benefit to all.