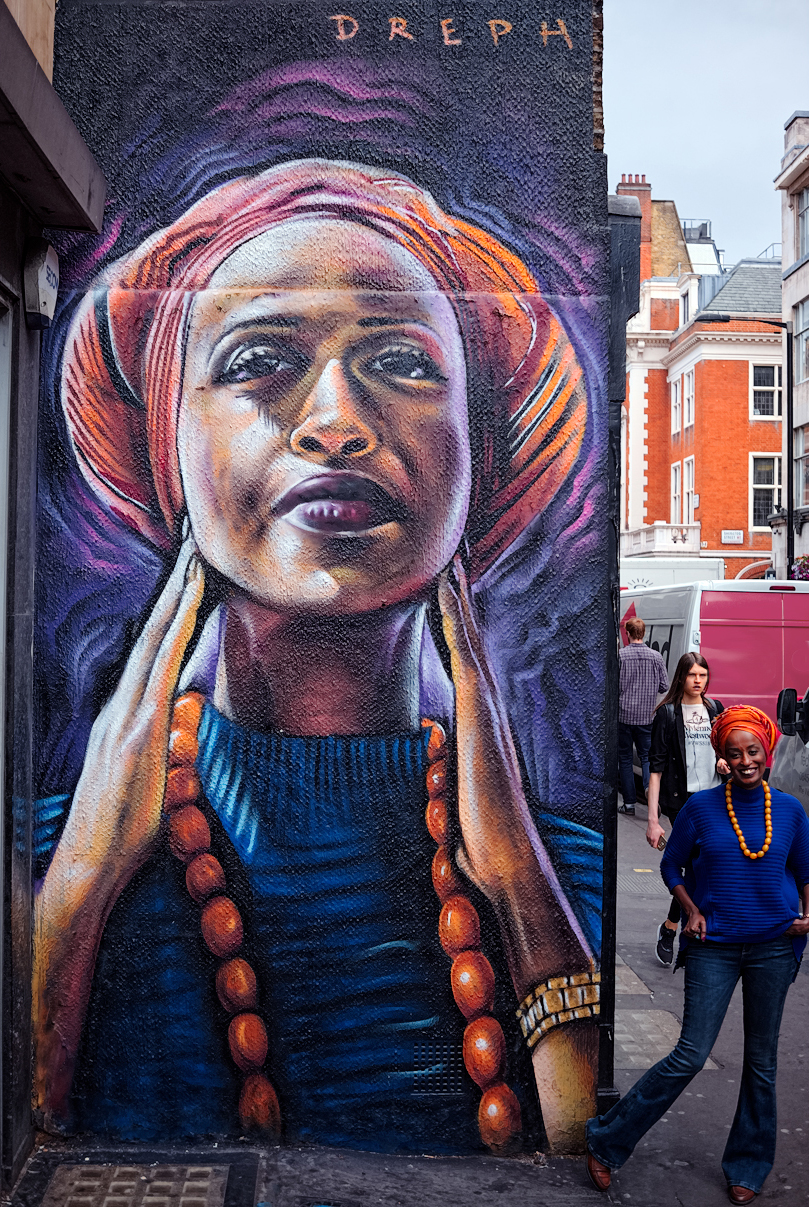 The 8th subject from my ‘Your are Enough’ series is Leyla Hussein. Leyla is a psychotherapist specialising in supporting survivors of sexual abuse. She is a leading international campaigner on female genital mutilation (FGM) and her passion is to empower women and girls. Leyla founded The Dahlia Project, the UK’s first specialist therapeutic service for FGM survivors.

She created the ground-breaking Face of Defiance project which is a series of photographic portraits and interviews with FGM survivors. Her documentary “The Cruel Cut” with Channel 4 on FGM in the UK was nominated for a Bafta in 2014, She successfully lobbied at a political level and her e-petition ‘Stop FGM in the UK Now’ gathered over a million signatures, triggering a debate in Parliament on FGM in the UK.

As a writer, Leyla has been published in national media and she regularly appears in both print and broadcast as an expert commentator. Leyla was named Cosmopolitan Campaigner of the Year 2010 and she was included in the BBC 100 Women List in 2013, Woman’s Hour Power List 2014 and Debretts 500 as one of the UK’s most influential people.

Leyla’s drive, passion and tenacity regarding her work is truly admirable. Regardless of the physical and emotional attacks she has received from some members of the Somali community, she is committed to her mission and says” protecting children from harm overides everything”. Creating safe spaces for survivors of violence is deeply rooted in the core values of her work as a psychotherapist and social activist. Going forward she wants to continue building safe spaces globally, particularly in the motherland.