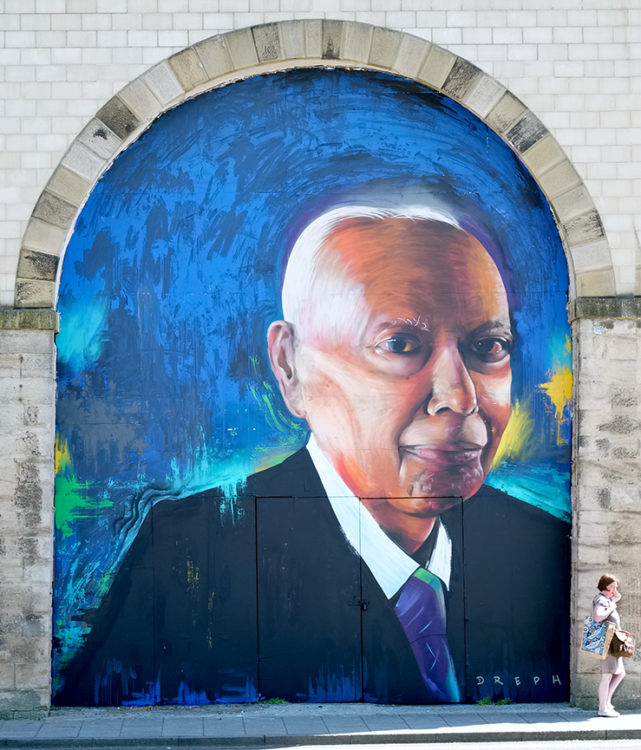 The 4th Subject from the Migration Series is veteran North East equality campaigner Dr Hari Shukla. Dr Shukla was Born in 1933 in Uganda, Kenya, where his father who was originally from Bombay, had moved to work on the railways. He went to school in Kampala, achieved his teacher’s certificate in Kenya, and then his Certificate of Education at Exeter University. He later returned to Kenya to teach and was then offered his first job in race relations in Scunthorpe before moving to Newcastle over 40 years ago. In Newcastle he got the job of Director of the Tyne and Wear Racial Equality Council. This was at a time when a multicultural society was regarded by many as a liability rather than as an asset.

Newcastle at this time was a city embroiled in tension between the ethnic communities and the police and the council. Dr Shukla recalls the situation as being terrible on his arrival, but that step by step change was brought about. At the root of this change was a three-point plan – to eliminate racial discrimination; promote equality of opportunity and develop good relations between the different groups.