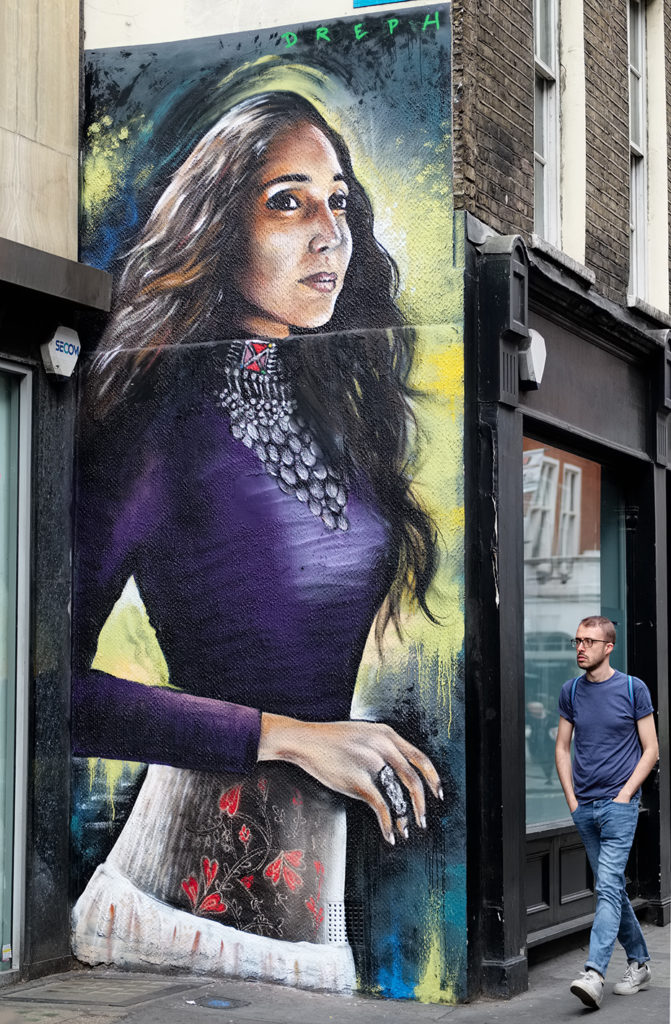 155 Wardour St, Soho, London W1F 8WG
The 3rd subject from the Migration Series is human rights activist Fatima Najm, founder of Creatives Against Poverty. Fatima was born in Pakistan and raised between Karachi and Sharjah, U.A.E. She now lives in London and has spent the last 11 years supporting marginalised communities across the globe including Asia, Africa, Europe and North America, in some of the world’s most harrowing conflict, disaster or urban poverty zones.

She trains Ngos working with war-ravaged communities to deal with frustrations, drawing out resentment to move towards creating a conflict-free community. When the CAP team finds themselves dealing with trauma in chaotic or dangerous environments, they use comedy, theatre, music and art to disarm the resistance they encounter.

In London, Fatima sits on the education panel at the Prince’s Trust, advising the organisation on programs that inspire young people to unlock their potential.
Fatima also works with grassroots Ngos to help refugees and asylum seekers acquire the skills they need to integrate into British society.

The Cap team this unique curriculum to support a diverse cross-section of clients including: young people exposed to knife crime, ex-offenders, rough sleepers, child-labourers, children of war, girls sold into marriage or slavery and the families of honour-crime targets. In Pakistan alone, CAP’ life skills programs train 50 thousand young people to negotiate for their rights through a set of local Ngo partners including  DIL .

Fatima feels privileged to work with skilled volunteers from the UK and all over the world, all of whom pour endless energy into creating meaningful change. .
In London, CAP work predominantly in North and East London with Fatima living round the corner from the painting in Soho.