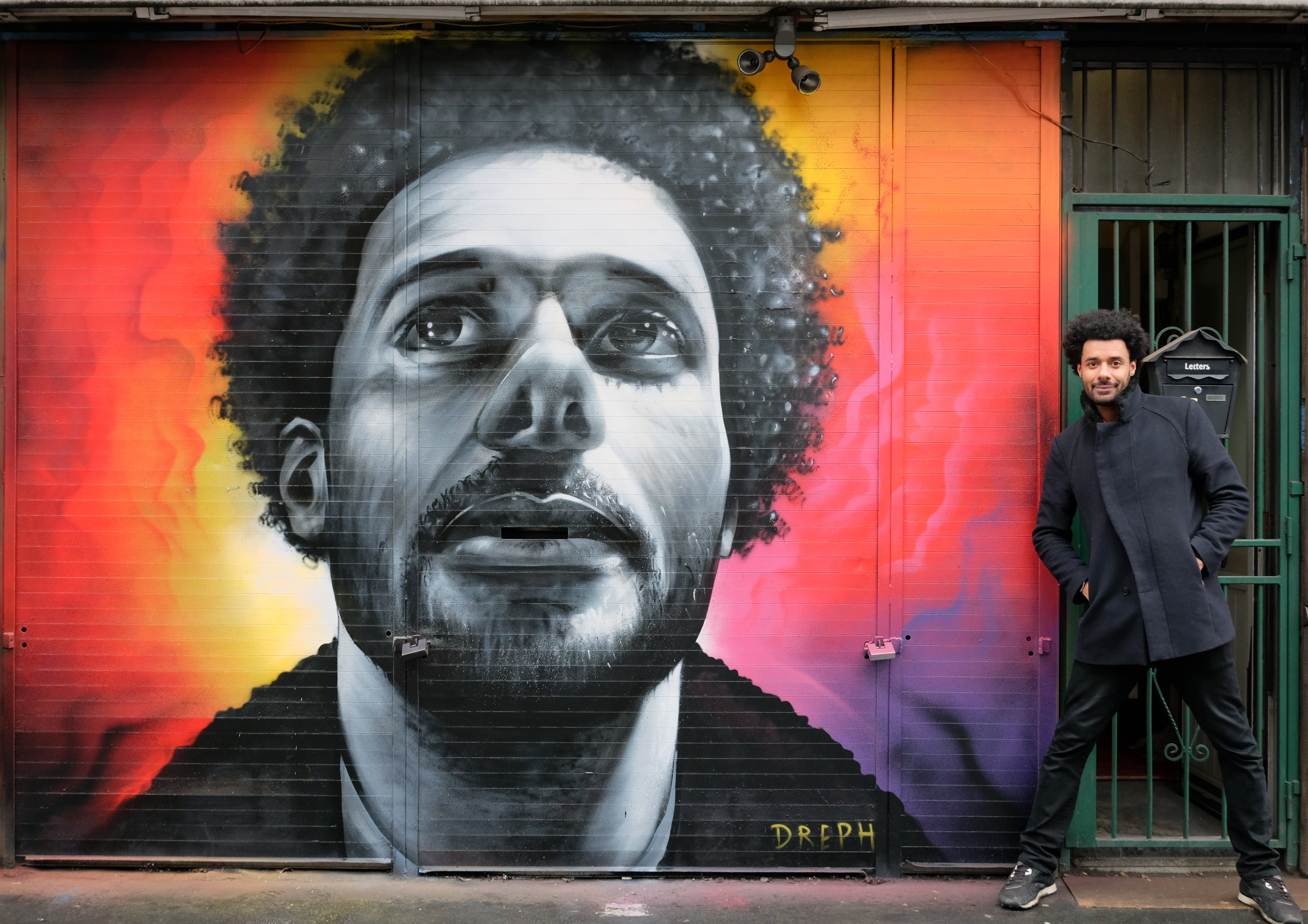 The 6th subject from my artist’s series is Marcus Golden Barnes AKA Puno STD. I painted with him and other members of STD a little over a decade ago. F-fwd to ’07 and there was a cloud over the scene. 2 writers were killed and many writers were being sent to prison. With a desire to raise everyone’s spirits during this dark time Keep The Faith Graffiti Magazine launched in ’09.

With the first being well received Marcus followed up with KTF 2 in early ’11 but by Dec’ of that year his mum’s home had been searched by the police and he was arrested for ‘Encouraging the commission of criminal damage’ via KTF and the associated website/blog. A first for that charge to be used against a publication. His trial was a test case – a chance to set a precedent in UK law.

After over 3 years on bail the case went to trial in Feb ’15. The maximum sentence he faced was 7 years as this charge came under the Serious Crimes Act. Freedom of speech/freedom of expression were two very big arguments explored during the trial… effectively they tried to prosecute him for publishing photos of graffiti and the tone of his language – and attempting to assert his ‘intention’, which, to them, was the intention to encourage people to paint trains. BTP even tried to prove what his state of mind was in ’07 – ’09 when the mag was in fruition… effectively trying to prove a ‘thought crime’…#1984 in real life. In the end a Not Guilty verdict was reached and a precedent for defending freedom of speech was set.

Having worked in journalism since ’03, he now works for publications including The Independent, Vice and Mixmag magazine. He is a renowned music journalist and is European editor at Fest300, a website focused on festival culture, and also runs his my own ‘online periodical’ @dltmagic. He is managing a couple of young artists and also working in the area of mental health awareness in the music industry.

He in no way sees himself as a victim, but admits it was tough and the stress nearly broke him mentally. He concludes “maybe without all that bollocks I wouldn’t be where I am now, so in a weird way I’m grateful that it happened”