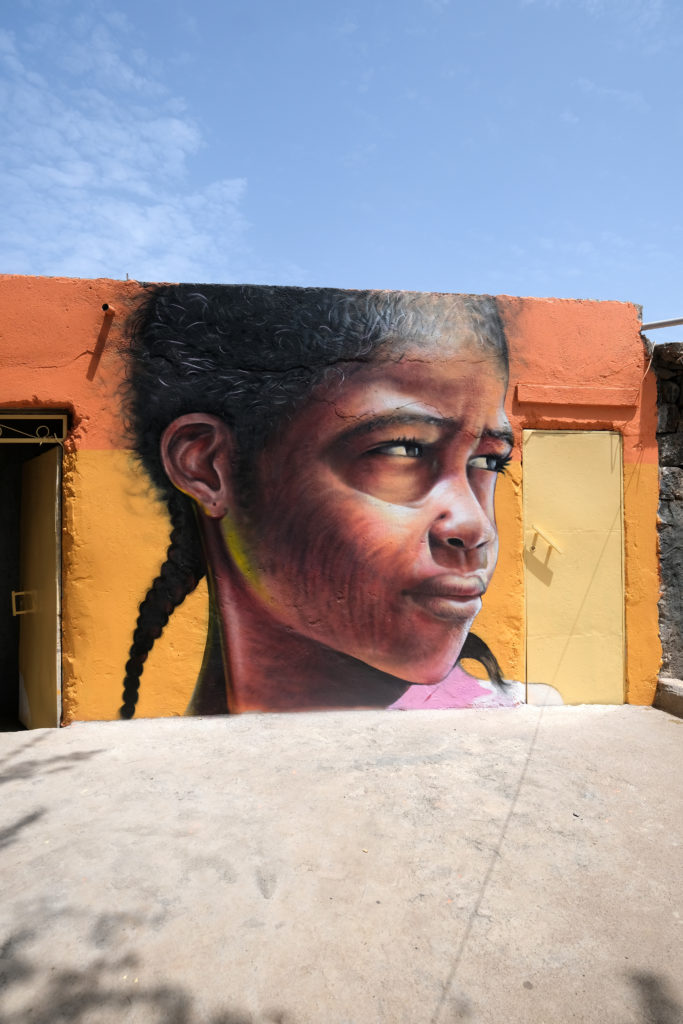 After loosing her husband when she was 47, Nha Maria raised their 13 children by herself. She struggled for over 30 years and managed to build her own house in the neighborhood of Achada Grande Frente, in Praia, Cape Verdes capital city. It’s a common situation in this tiny insular state in Western Africa, for women to be the main pillar of the household, often singlehandedly supporting their families. These are portraits of two of Nha Maria’s granddaughters, Ladisma and Erica who we met whilst out looking for walls.
. 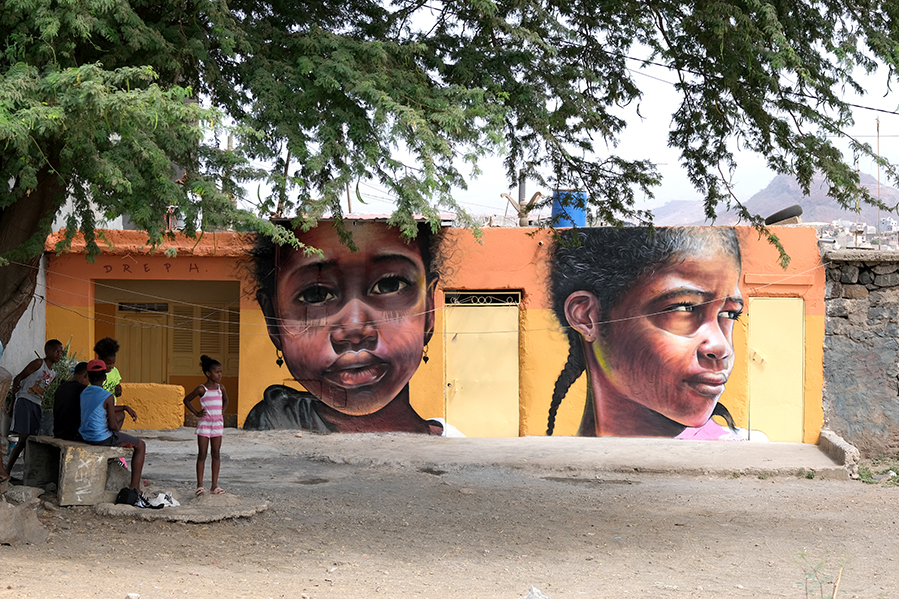 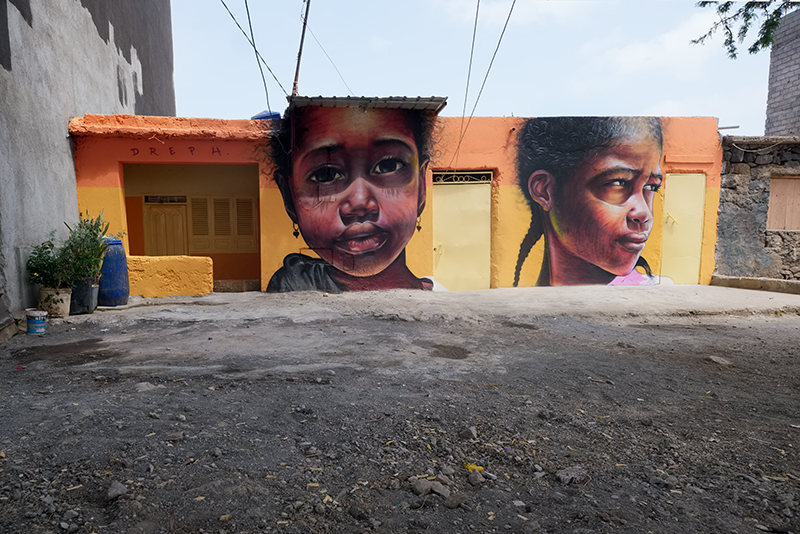 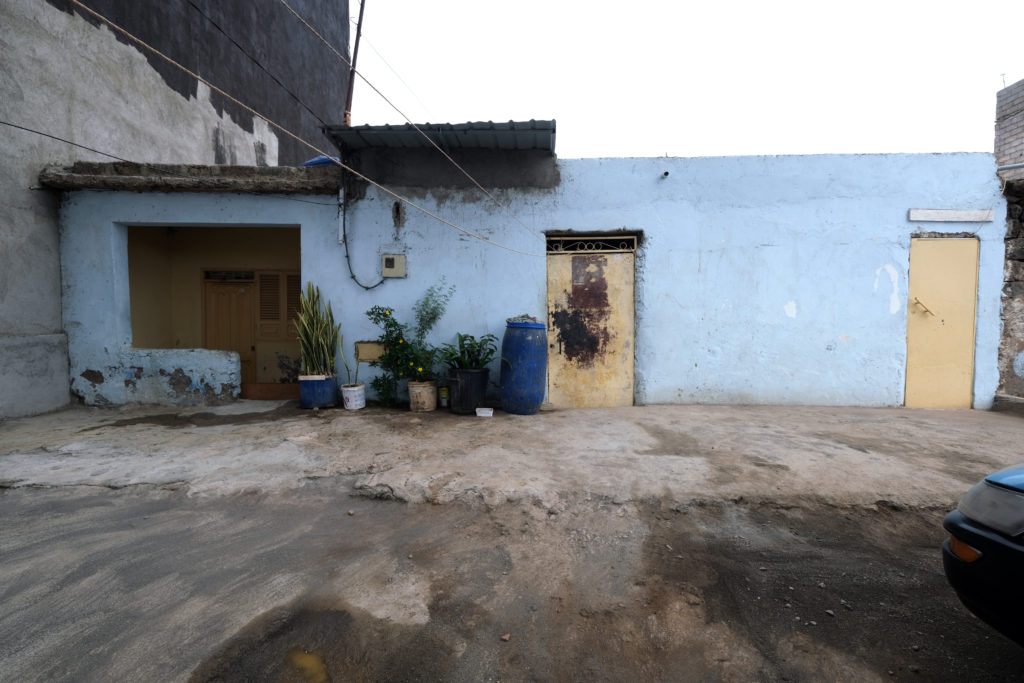 Projeto Xalabas is a social project promoted by the Africa’70 NGO in partnership with the Pilorinhu Association and Praia Municipal Council, provides for eight workshops in the next two years with international and Cape Verdean artists, and a final festival in 2020. The program is based on a concept of public intervention as a moment of collaboration and dialogue with the residents and merchants of Achada Grande Frente neighborhood. Participating artists will carry out their activities on a residency basis, finally leaving their works on the walls and surroundings of the neighborhood.

Included in Project Xalabas are multimedia workshops to train young people from the neighborhoods of Achada Grande and Lém Ferreira in the areas of photography, image capture, video editing, illustration, mapping and community journalism. The intention is to give young people the tools to create their own stories and promote community tourism. 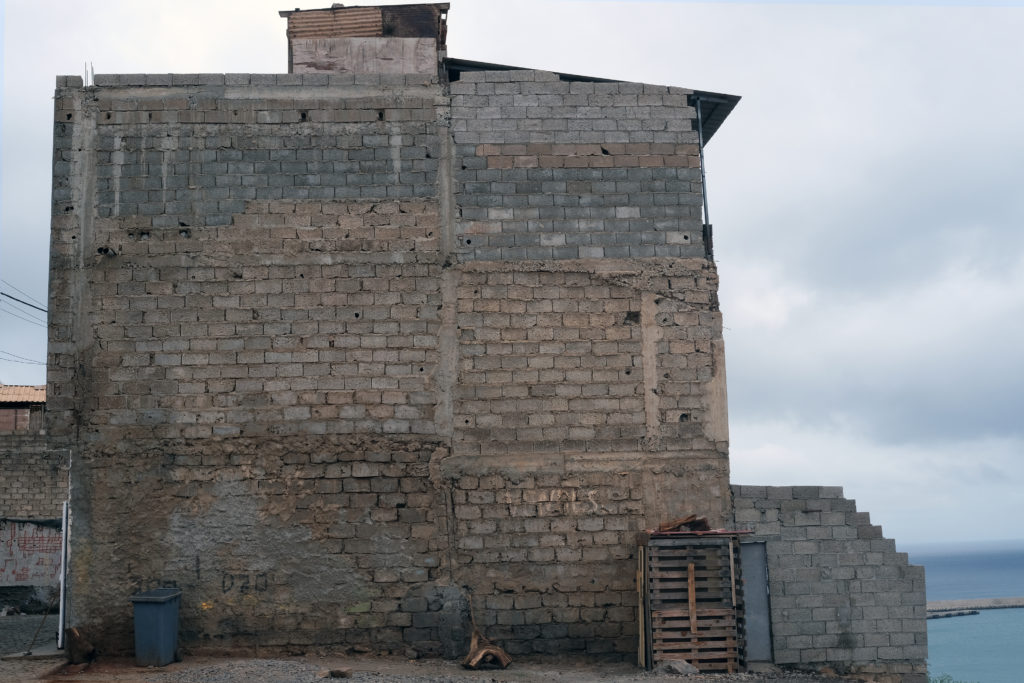